Should Human Translators Fear the Rise of Machine Translation? 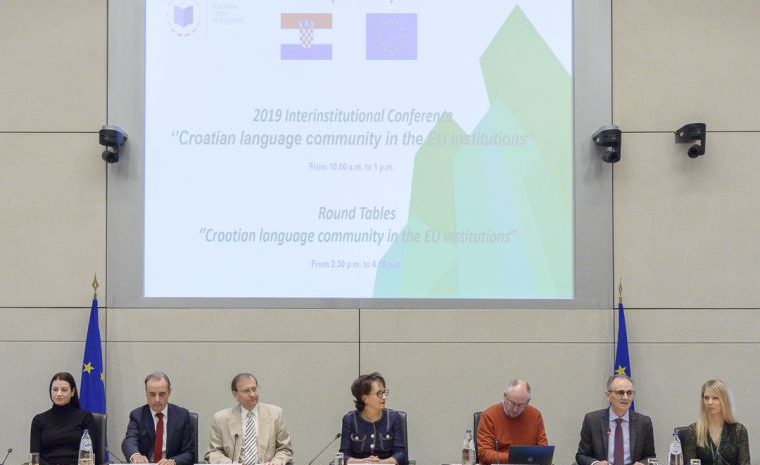 There has been a lot of hype recently about jobs being at risk or destroyed by the rise of intelligent automation and the theme of this year’s inter-institutional Croatian Language Community Conference, hosted by the ECA, allowed delegates discuss the hype under the theme of ‘Machine Translation and AI’.

Speaking at the event, ADAPT’s Professor Andy Way delivered a talk titled ‘Advances in MT and Human and Professional Issues’ in which he said: “Machine translation is one of the most taxing problems mankind has ever tried to tackle.  Despite technological advances, the challenge of overcoming the language barrier remains.  We will always need human expert translators to verify the output of machine translation engines.  We will not be replaced!”

“Neural machine translation is currently the best model we have,” Professor Way continued, “but it is extremely data-hungry and only outperforms statistical machine translation from around 15 million words.  Nevertheless, claims made about its performance in academic papers and hype in newspapers about machines achieving human parity grossly exaggerate machine translation’s capacities.  Such overhype is harmful to both developers and users alike.  It has led to a ‘us versus them’ mentality but it shouldn’t be this way.  We can learn how to train and make this beast work for us”.

The event also featured talks from Daniel Kluvanec, an adviser on new technologies at the European Commission, who spoke on ‘e-Translation: From machine translation to artificial intelligence’.  He suggested that machines were simply designed intelligently instead of being intelligent.  His believe is that the hype surrounding machines replacing humans is simple scaremongering and should be ignored, a sentiment that was echoed throughout the event.