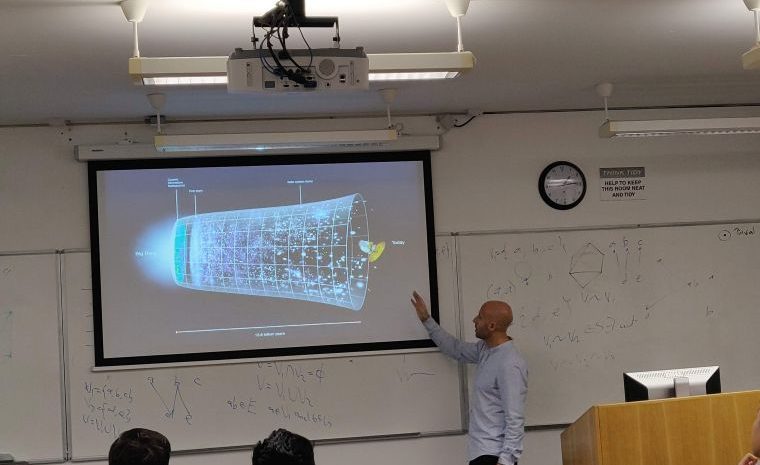 In collaboration with ORACLE, the ADAPT Centre recently welcomed Dr Manuel Martin Marquez, Senior Project Leader at CERN who spoke about ‘Managing one of the Largest IOT Systems in the World’.  The talk gave an insight into CERN’s experience with IoT systems, cloud, and autonomous solutions.

CERN is a European research organisation that operates the largest particle physics laboratory in the world.   Fundamental research is CERN’s primary mission, but the Laboratory also plays a vital role in developing the technologies of tomorrow. From materials science to computing, particle physics demands the ultimate in performance, making CERN an important test-bed for industry.

CERN’s particle accelerator control systems produce more than 2.5TB of data per day from more than 2 million heterogeneous signals. This IoT system and data is used by scientists and engineers to monitor magnetic field strengths, temperatures, and beam intensities among many other parameters to determine if the equipment is operating correctly. These critical data management and analytics tasks represent important challenges for the organization, and key technologies including big data, machine learning/AI, IoT, and autonomous data warehouses, coupled cloud-based models, can radically optimise the operations.

Manuel’s career has been focused on supporting large scientific collaborations through technological innovation. At CERN, as part of the Beams and Information Technology Departments and the openlab collaboration, he has led critical data-management, big data and machine-learning initiatives, which have helped to improve the operations and control of largest and most complex scientific instrument ever built (CERN’s LHC). In addition, he has collaborated with NASA-JPL, Fermilab (U.S. Dept. of Energy) and GSI, among others. He has contributed, as a guest lecturer, to Executive Programs at ESADE Business School, and has advised companies such as Oracle, BMW, Caixa, Gassco, ENI, UPS.

Check out the video and article below to learn more about the visit!