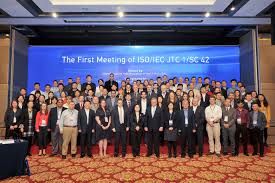 From April 8-12th, the National Standards Authority of Ireland (NSAI), in collaboration with the ADAPT Centre, will be hosting a global forum to discuss the standardisation of Artificial Intelligence (AI). Called SC42, this will be the first-ever global plenary meeting to take place in Europe to discuss the trustworthiness of AI.

It is expected that over 150 of the world’s leading experts in AI from 22 countries will be traveling to Dublin to participate in this meeting with the hopes of establishing global standards for the development of technology in this field.

Speaking about the meeting, Professor Dave Lewis of Trinity College Dublin and Associate Director of the Spokes program at the ADAPT Centre described how through standardisation “we are enabling more reliable, consistent and efficient assessment methods and tools for users, purchasers and future regulators of AI.”

Artificial intelligence is the ability of a computer system to learn information, perform tasks, and make decisions. The primary debate that arises when discussing AI is whether or not the technology has the ability to replace human workers and make certain jobs redundant.

Commenting on these fears Professor Lewis said, “AI will inevitably lead to some jobs changing and others being lost altogether. Productivity and economic growth will hopefully then follow, so the question arises of how fairly those benefits are distributed across society, particularly to those who are most impacted by AI adoption.”

Elon Musk, Stephen Hawking, and others have warned against the development of AI. Both have at times described that encouraging intelligent technology would be the end to the human race. Others believe that smart technology could solve some of the world’s major problems such as climate change, healthcare, aiding undeveloped countries, and more.

Finding a healthy balance where AI has a beneficial presence in humanity without sacrificing it, is among what will be discussed at the subcommittee meeting next month.