RTE Collaborates with ADAPT to Analyse Twitter Reaction to Budget 2016 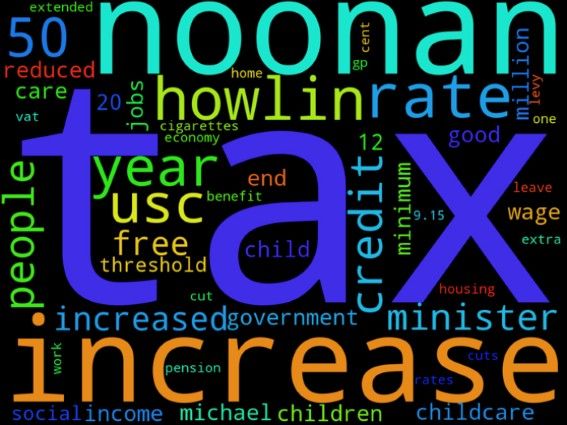 During the week running up to Budget 2016, researchers at the ADAPT Centre for Digital Content Technology worked with RTE to monitor and analyse the reaction on Twitter to Budget 2016.  Focusing on the main hashtags (#Budget2016 and #Budget16) along with trending topics as they emerged, the researchers tracked the volume, sentiment and frequency of budget related Twitter conversations in the build up to the Budget speech along with the public’s reaction to it.

Before Ministers Noonan and Howlin announced the latest Budget, commentators were already active on Twitter posting almost 11,000 unique tweets linked to the main hashtags during the week building up to the budget.  Activity on Twitter increased dramatically on budget announcement day with over 10,500 unique tweets on the budget recorded between midday and 4.30pm yesterday.  In total there were over 51,000 tweets and re-tweets for the Irish budget between October 5th and 5pm on October 13th 2015.

Before the Budget began, the sentiment towards the budget on Twitter was marginally positive according to data from ADAPT. Once Minister Noonan commenced his speech the overall sentiment became more polarized with topics such as tobacco, the pension levy and the state pension trending as negative. Topics that prompted a positive response included education, minimum wage and the knowledge box initiative.  The team at ADAPT worked to gauge people’s opinion, attitudes and reactions towards Budget 2016 by performing sentiment analysis using machine learning techniques on annotated twitter data sets developed and explored at the ADAPT centre.

Only 45 conversations took place about tobacco before the Budget was announced.  Unsurprisingly this jumped to 442 once the 50cent increase in cigarette prices was announced.

The word cloud below represents the frequency of budget topics mentioned in conversations on Twitter based on the 21,218 unique tweets on Budget 2016 collected in the past week. The size of the words correlates to the volume of tweets, with larger words being more popular in Twitter conversations.  The word cloud provides an insight into the main areas of interest to the online Twitter community and what areas of the Budget got people engaged and talking online.