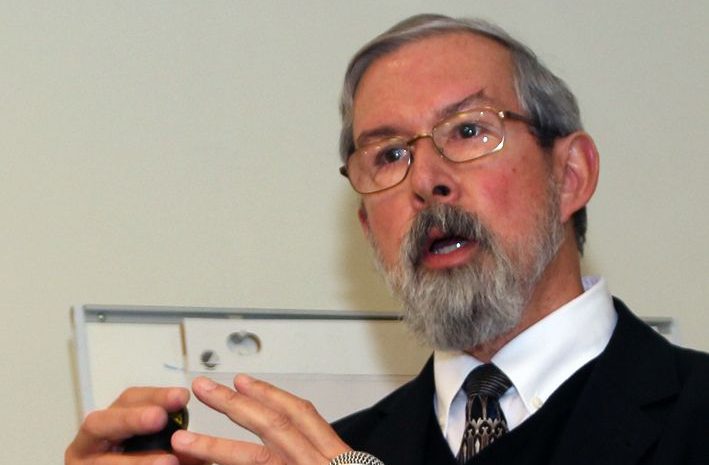 Recently there has been growing attention in the field of Internet Studies focused on how we experience and memorialise death online. Once a private affair, modern grieving through the Internet is drawing it into the public sphere with mixed results. To explore this area the ADAPT Centre for Digital Content Technology held a public lecture by Professor Charles Ess of the University of Oslo, Norway, titled ‘Good grief! Death, existenz, and the virtues of a post-digital era’.

During the lecture Professor Ess highlighted how social media have helped break a primary taboo in Scandinavia, namely the death of one’s child, by allowing grieving parents come into contact online – e.g. in a closed Facebook group – with other parents suffering the same terrible experience. On the other hand, some young people who have suffered the loss of a sibling are put off social media by what they perceive as fakery and self-promotion, abandoning social media in favour of the ‘real-world’.

Rooting the argument in religious and philosophical traditions, Ess mapped the research to an emerging phenomenon that argues we have entered a ‘post-digital’ era. Speaking at the event Professor Ess said: “What’s the big deal? Haven’t we dealt with death online before? Yes, however there is increasing attention to darker, less positive expressions of online death and grieving. For example in the World of Warcraft, one clan attacked another online while the latter was trying to have a virtual memorial service for a member who had passed away in real life. No, in the sense that religious and philosophical dualisms have shaped foundational assumptions about ‘cyberspace’ and online, virtual worlds in ways that encourage our denial of mortality in hopes of realising a digital immortality.”

Charles Ess is Professor of Media Studies in the Department of Media and Communication at the University of Oslo, Norway. He works at the intersections of philosophy, computing, applied ethics, comparative philosophy, and media studies, with specific focus on research ethics, Digital Religion, and virtue ethics in media and communication, specifically social robots.

The event was organised by the Ethics & Privacy Working Group of the ADAPT Centre and is run in association with Trinity College Dublin’s Schools of Law; Religions, Peace Studies and Theology; DCU Institute of Ethics, and the Trinity College Library.

A podcast of the lecture is available here.

ADAPT in the News: