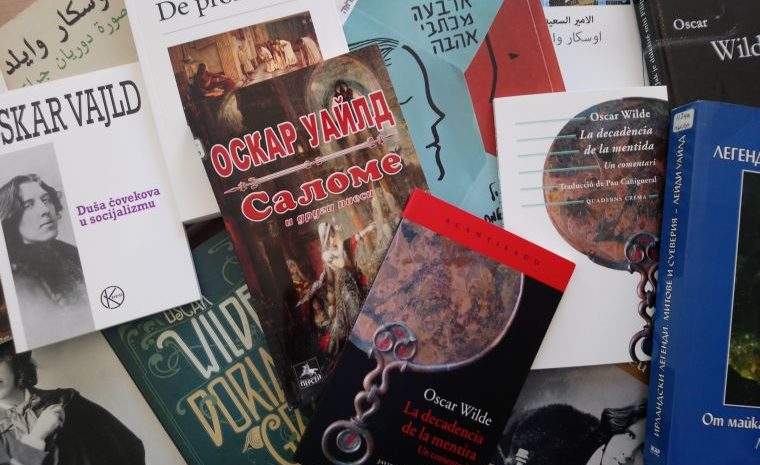 What happens when you translate the term “cucumber sandwiches” into French and then into Italian? Literary translation researchers and computer scientists at Trinity College Dublin and Dublin City University are joining forces to help address the age-old issue of important cultural meaning being diluted in translation.

Indirect translations, or translations of translations, are notoriously vulnerable to a dilution of culture-specific information. This is a particular issue for “small” languages — languages that are spoken by relatively small populations — because there are few people who are able to translate them, and few examples to base future translations on.

Ussher Assistant Professor in Literary Translation, James Hadley, explains: “Texts that are translated from, say Irish, to say, Estonian, are almost always translated indirectly, via a pivot language, which in this case is normally English. When you translate indirectly, certain things tend to get lost in the process, and often, these are the very things that set the text apart or what would identify it with the culture that originally produced it.”

In particular the QuantiQual project will examine what happens to cultural artefacts during the translation process, such as, when Oscar Wilde’s The Importance of Being Earnest, is translated into French, and when that French text is subsequently used as the source of the Italian translation, what happens to culturally specific words like “cucumber sandwiches”, “Tories”, or even “Earnest”?

For instance, the small gold Levantine coins known as “Sequins” are translated as “bonn airgid” [pieces of silver], some dried dates are translated as “cnomhan” [nuts], and an “ifritah” (a kind of female genie) is translated as a banshee. Thus, the translation has no cultural link to its source culture, and while this is not, in itself, a problem if it is intentional, it may be that this occurs unavoidably more often with indirect translations because of the lack of a direct link between the source culture and the ultimate target.

Professor Andy Way of the School of Computing at Dublin City University, and Deputy Director of the SFI-funded ADAPT Centre for Digital Content Technology, said: “My Machine Translation team in the ADAPT Centre is experienced in developing solutions that can overcome the issues that arise from indirect translation and we are excited to apply that expertise to the QuantiQual project. Our translation quality experts can compute the drop-off of cultural information that happens in the translation process.  Preventing the loss of cultural information in translation, whether translated by a human translator or via a Machine Translation engine, requires a range of automatic and human quality measures and helps preserve the essence of the original text for all.”

While the initial focus of the project is the translation of literature because it is so difficult for humans and machines alike, the potential impact of the project goes far beyond this. The team hopes their findings will help people in developing countries who speak “small” languages to gain better access to quality translations not only of literature, but also of important documents affecting their daily lives.

“What we see in many parts of the developing world is that people do not have access to education and up-to-date information in the language they actually speak. So, they either have to learn another language (which is often an old colonial language) or go without. This project will assist the translation of materials into such “small” languages, hopefully improving the qualities of such translations to allow more people to benefit from recent advances in knowledge,” Dr Hadley added.

The project will involve the development of a corpus of literature translated indirectly into a range of languages during the 18th, 19th, and early 20th centuries. This corpus will be used to identify patterns in the translation process, and assess what effect indirect translation has had over the texts and the elements that associate them with their home languages. The same texts will also be translated indirectly into the same languages using computer software, which will allow the team to see whether the patterns are evidence of a human tendency to simplify, or evidence of some previously undescribed feature of the indirect translation process.

The project is being funded by the Irish Research Council as part of its COALESCE scheme.