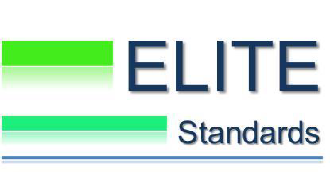 Computer scientists from Dublin City University are leading an international search for talent. Their ELITE-S project (http://elite-fellowship.eu/) will recruit an international group of scientists to be based in Ireland, who will lead the next generation of standards for digital technologies.

The key focus of ELITE-S is excellence and bringing outstanding talent to Ireland. To aid this, researchers can propose their own research topics from a broad range of 28 technology and application areas that span modern digital developments in artificial intelligence, the Internet, smart factories and e-Health. Fellowship research project proposals will be reviewed by an independent panel of international experts to assure the quality of proposals.

The project coordinator, Assistant Professor Rob Brennan from the ADAPT Centre at Dublin City University, said: “Our programme provides a great chance for fellows to come to Ireland and significantly advance their careers by studying any of the European Commission technology priority areas of 5G, Machine Learning, Internet of Things and Big Data”.

ELITE-S is working with the National Standards Authority of Ireland (NSAI) to ensure that all the excellent research will form part of Ireland’s contribution to the economically important task of developing international standards for digital technology. The experts will receive training in standardisation processes and join Irish representatives on the international committees. At the International Standards Organisation (ISO) Ireland, NSAI and the ADAPT Centre are already playing a central role in chairing one of the AI standardisation committees – where the competition between the US and China creates a demand for mediation by experts from smaller neutral nations such as Ireland.

Paul Killeen, from the National Standards Authority of Ireland (NSAI), a strong partner in the programme said: “NSAI sees ELITE-S as a huge potential to train leaders in standardization in Europe and Ireland in areas such as digital transformation where ICT standards are critical”.

The ELITE-S programme will run for a five-year period, with the second round of recruitment of fellows beginning today. ADAPT Centre academics from DCU, TCD, Technological University Dublin, University College Dublin, Cork Institute of Technology and Maynooth University are taking part in the programme.

Ray Walshe from the ADAPT Centre in DCU and co-coordinator of the programme, added: “These Fellows will become the next generation of technology leaders and ELITE-S will support them representing European interests in research and innovation by engaging with international ICT standards organizations.”

ELITE-S is part funded by the European Commission as part of its prestigious Marie Sklodowska-Curie fellowship programme named after the double Nobel Prize winning Polish-French scientist famed for her work on radioactivity. It aims to develop careers of exceptional scientists and to encourage them to move to EU countries.